Limited Time only offer, $0 Callout Fee on all plumbing booked this week.

A burst pipe is a plumbing emergency that needs to be addressed quite fast as it could cause extreme damage to your home and its foundation.

A pipe can begin to deteriorate and leak over time or burst on you unexpectedly. Any way that it happens, it is a plumbing issue that needs to be addressed and rectified.

If you have a home with taps, toilets and showers, then you would have experienced a leak in your pipeline at some stage. 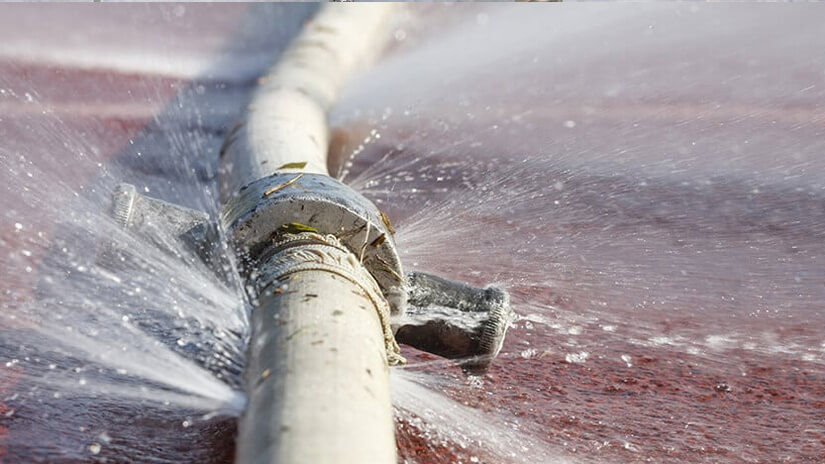 Pipes can deteriorate and burst for a number of reasons.

The trick is to pinpoint the cause to find the solution that best fits the need of your leaking pipe repairs. Potential causes for burst pipes include but are not limited to, rust and corrosion.

Over time, your pipes will start to wear out and corrode either from the constant flow of water or the build-up of minerals inside the water. This creates rust in the pipework and weakening of the pipes themselves.

High water pressure can also create stress on your pipes and cause them to be unstable leading to leaks and weak joints.

Water temperature can play a big part in the lifespan of your pipes. Any sudden change in the temperature of your water to can have an adverse effect on the pipes in your home. In the colder months of the year, the colder weather can make your pipes freeze and expand inside the pipes, causing pressure build-up.

Pipes are prone to burst and leak if they are not installed correctly the first time. Water pipes that are ill-fitted or poorly soldiered cannot perform the way they are built to.

Water is supposed to flow smoothly and without disruption through your pipes. This can only happen when the connection of your pipes are fitted and installed accurately.

One serious cause of a burst pipe is tree roots. One little crack in your pipeline is all it takes for the roots will be drawn to the moisture being released.

Once the roots take hold, they anchor themselves and grow inside the pipe. This is where blockages and broken pipes happen. The repair of a broken pipe due to tree roots is extensive and often means excavation of the damaged pipeline.

Though you may not be able to control the events that cause your pipes to burst, you are able to be on the lookout for signs and indications that your pipes need urgent attention. Some clear signs that your pipeline is leaking and could burst are watermarks on your walls and ceilings.

The walls near your pipes will start to have water damage from the escaped water.

If you hear a banging sound coming from inside your wall or whenever you turn your taps on and off, it could mean your pipeline has been compromised and is moving and hitting the framing either due to high water pressure or sudden change in the movement of the water.

If your water is discoloured or has a strange taste, it could mean you have rusty pipes. Also, keeping track of your water bill will notify you of a concealed water leak as the amount of water being ‘used’ will be much higher than usual.

And of course, the obvious sign of a burst pipe is water pooling in your yard or spurting out of your fixtures, ceiling and walls.

If you have a burst pipe, the first step is to call a professional and licenced plumber to conduct a thorough inspection of your pipeline. They will be able to determine the best form of action.

A burst pipe is considered a plumbing emergency and must be treated accordingly. Fast action will be the only thing that will save your home from potential flooding and damage to your property.

The top plumbing team for a burst pipe in Castle Hill is Castle Hills Plumbing.

They are dedicated to ensuring you and your home stay protected from any potential safety hazard that comes with a burst and leaking pipe. Castle Hills Plumbing arrive ready and with the necessary equipment such as CCTV cameras to inspect your pipeline thoroughly.

To solve the issue with your pipeline, attention to detail and a careful investigation is needed to pinpoint the cause. From there, Castle Hills Plumbing will create a tailor-made action plan that works for you and your home.

A burst pipe issue can be a very stressful situation, but the team at Castle Hills Plumbing are on call to help you every step of the way. Contact the team for your burst pipe in Castle Hill.